Insights from our 2020 Annual Report

Over 270 young people re-connected with education and employment 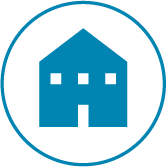 Our wraparound model of care

Our wraparound model aims to provide the support necessary to help our clients achieve their goals which often include reducing substance use, improving health and wellbeing, gaining further education and skills and achieving long-term employment. The model works to address every client’s needs, no matter their need, to produce long-term outcomes. Wraparound enables us to support clients at all stages of their life, from early learning and adolescence to adulthood, further education, employment and parenthood. Having our suite of wraparound services enables us to support clients through the unique and associated challenges arising at each part of their life.

Who are the people we support?

Our clients are young, diverse and based in South East Melbourne

are 34 years old or younger

are from culturally and linguistically diverse backgrounds

The top five suburbs our clients live in are Cranbourne, Bentleigh, East Bentleigh, Cheltenham and Dandenong

Our clients are mostly attending for education programs and AOD counselling

of our clients attend for drug and alcohol counselling

of clients attend more than one TaskForce service

Our clients are socially and economically disadvantaged

of our clients are receiving Centrelink payments

of our clients have a criminal record

of our clients are homeless or housing insecure

Our clients experience above average rates of family violence

of our clients are experiencing family violence

of these clients are receiving support exclusively from TaskForce

of these clients are getting the support they need elsewhere

Our impact - alcohol and other drug services

Our impact - education, engagement and employment

Our largest and fastest growing program in the education portfolio at TaskForce is the Behaviour Change Program.

We work with over 1,500 people who have had their driver’s licence suspended following a drink or drug driving offence, helping them to separate their drug and alcohol use from their driving.

This program improves community safety and, as most participants rely on their cars as their principal mode of transportation, successful relicensing supports enhanced economic and social participation for people who have broken road safety laws.

This means participants can apply to have their licence back and return to work, family and participating in their community.

Our hospitality, barista, work readiness and art courses continue to achieve amazing results. With a total of 329 enrolments, participants engaged in a cumulative 11,521 hours of learning across the year to build skills and connect to further education and employment. These hours are roughly split between youth and adult learners, the latter including a sizable number of people with convictions seeking to gain skills and prevent further engagement with the justice system.

Transition to Work provides intensive support to help people aged 15-24 to find employment or to connect to further education. Since July 2019, 290 participants have engaged with a transition worker. Of these participants, roughly half have been placed: 65 in education courses and 65 in employment opportunities.

Our workers continue to support those who remain engaged but who have not
yet been able to achieve a successful outcome, ensuring all young people who need to can find work or return to education.

Our family services and family safety programs have had a huge impact on the lives of women, children and families in need. Supporting women with AOD misuse issues as well as victim/survivors of family violence and complex disadvantage, our Breaking the Barriers and Family Reunification programs helped 242 people this year. The work of our clinicians meant that women were supported to reduce AOD misuse, access safe and stable accommodation, build their parenting skills, improve their overall wellbeing and remain united with their children. COVID-19 has seen an increase in poor mental health and isolation, as well as family violence victimisation for our clients. We are supporting them and achieving significant outcomes, but as we have seen this pandemic has outsized effects on those already marginalised.

This year we also continued to improve our response to men’s use of violence through our U-Turn program. U-Turn is an innovative men’s behaviour change style group program for male perpetrators of family violence who currently or historically have misused alcohol or other drugs. U-Turn aims to prevent civil offences escalating into the criminal justice system, while increasing the safety of the affected family members of the participants. Due to COVID-19 we have only been able to work with approximately 20 men and an additional 20 affected family members, primarily (ex-)partners, however we have found ways to continue the program, keeping women safe and men in sight, even during the pandemic.

Expert researchers from Monash University have evaluated the first year of U-Turn, consisting of two, 15-week programs. Although still early, the results are highly promising.

Both qualitative and quantitative measures demonstrated a reduction in men’s abusive behaviours by the end of their participation in the program. This includes physical and sexual violence and non-physical violence such as harassment and financial abuse. During the final four weeks of the program
there “was almost no physical and/or sexual abuse, less emotional and verbal abuse, and less property damage”.

Communication between men and their (ex-)partners and men’s interactions with their children improved over the course of the program. This was specifically linked by men and (ex-)partners to changed alcohol use habits: women “described (ex-)partners as calmer, better in interaction, and less angry when they were not drinking” while men “tied their anger and aggression to intoxication and described themselves as better partners, co-parents, and fathers”.

Qualitative findings show the use of violence by men who were referred to the program was closely tied to their AOD use, and that “findings clearly highlight the need to ensure combined expertise from the AOD and (family violence) sector in the development of combined interventions as well as their delivery”. It is U-Turn’s dual AOD and family violence focus that allows it to successfully change violent attitudes and behaviours for its client group.

Read more in our 2020 Annual Report

TaskForce acknowledges Traditional Owners of Country throughout Australia and recognises the continuing connection to lands, waters and communities. We pay our respect to Aboriginal and Torres Strait Islander cultures; and to Elders both past and present.